I started my most recent European trip with purchasing my marathon ticket. That is when all the dominoes started to fall together. Countless hours followed either on the road, trails or the coffee shop lead me in the direction to Budapest, Hungary on October 15, 2017.

I had my eyes focused on that one day and from there I made my plans around it. I found the most affordable ticket to get to Europe from the States and it lead me to London. From there I went to Budapest. What was a game changer was the idea that once I was in Europe I should explore some other locations that I never had experienced before. After quite sometime and figuring out logistics I had London, Budapest, Milan, Geneva and Paris planned out. Then I followed with transportation and housing. A whole European adventure was coming together from my one idea of running a marathon.

It was unnerving booking everything by myself at first. I planned on traveling solo and not having someone to confirm with made me nervous, but the more I planned, I had complete control of where I wanted to go and where I stayed. Planning turned into an adventure itself. I loved figuring out what ways would be cheaper verses how much time it would take. Such as, if I took a plane that was two hours verses a train that took six hours. Then, finding out the airport is an hour from the center of the city, whereas the train station is a metro stop from my hostel and a hundred dollars cheaper.  Now the train didn’t seem so bad after all! To connect the dots and figure everything out to the last detail gave me confidence that I was capable of doing it myself.

I went into this trip with everything mapped out and training under my belt. I was ready for anything and if things went astray I knew that no matter what, I had the money and the means of figuring it out. As I departed for my trip I quickly had to get adjusted to the metro system. That was the main way of getting through the city and definitely not a strong suit of mine. The past times I visited Europe, I depended heavy on my friends to get us to the destinations. Where as now, I had to figure it out all on my own. With a couple of mistakes and adjusting I was able to figure it out. There was a transition period once I got into each city but it was possibly one of my favorite parts of mastering each city.

I thought the most thrilling part would have been exploring the city and seeing all the beauty within it. But I came to find out it was the journey. One of my favorite trips was Milan, Italy to Geneva, Switzerland. As I sat first class on a train, as I sped through the beautiful landscape of the Alps. Each tunnel we popped out of turned to be a view of incredible steep mountains with beautiful vineyards and villages surrounding the area. I would sit there my mouth agape for the beauty was a quick snap shot before it all disappeared before my eyes as we traveled into another tunnel.

Initially I believed everything started once I got to where I needed to be. Anything leading up to an adventure was just tedious work that needed to get done so I could head off to where I wanted to go. Then I made the correlation that running was very similar. You put in the hours of training and then on race day you enjoy the run. It is all the hours of hard work which makes the adventure or race special.

As the trip came to an end and I look back, I have grown tremendous confidence in myself. I am capable to doing what I set my mind to. I once had an idea four years ago when I was studying abroad, to come back to Budapest. After watching the Spar Marathon I wanted to run the race myself. I made my dreams come true. Not only did I make it come true but I followed it with a solo European trip. Now that its over, I set my eyes on finding a career and finding happiness in working. Like Emerson once said, life is a journey, not a destination. Just because I accomplished one of my dreams does not mean I stop dreaming. I have to make new ones and chase after those. Everything I do in life builds on who I am. The European trip gave me confidence and that running 26.2 miles is just a short distance to the marathon that we call life. 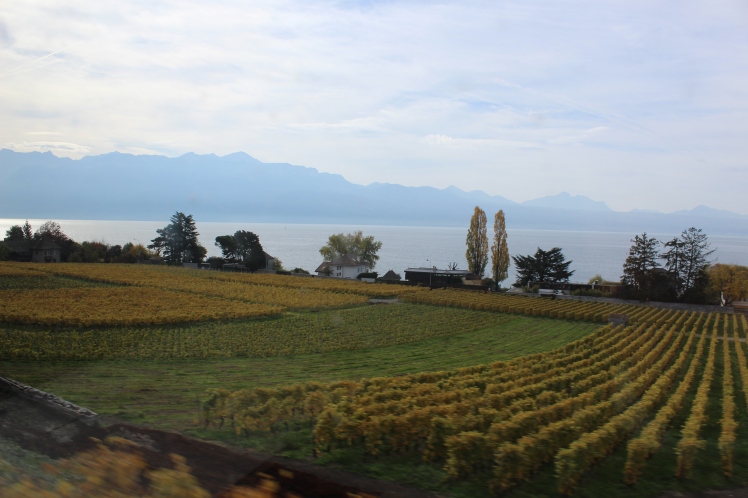