Another espresso shot to start a drizzly and gray day. We looked forward to explore Porto, Portugal as we slowly got up and ready to explore around the city. We saw a lot in the historic district of Porto the previous day, so today we wanted to focus by the river and see more of what was on the other side of the Douro. As we geared up for the rain, we were excited to set out. We walked down to the water and decided before we get going, we will sit down and eat lunch. We ate along the river, one of the restaurants built in the mountainside. They are usually set up with chairs and tables but since it was raining we were tucked into the cave. It felt traditional and classic to be sitting there. Chez Lapin was a great spot to sit but it was not the best meal we have had. The cheese board and the meals were okay, nothing to write home about. It was a kind reminder when going to places where the views are gorgeous does not always mean the food will be delicious. Kevin is huge into ratings of restaurants and at first he questioned it. Moving forward, stick to our guts and listen to the people. We moved on to bigger and better things.

We crossed the bridge, taking in the gorgeous views of the city. Even though it was misting out, it gave this mysterious and magical feel. As we walked, there were not many others around us so it felt as though the city belonged to us. Snuggled under the umbrella we walked along just enjoying each others company. We got to the other side and decided it was a perfect time to see the city from a higher view. We walked over to the gondola and purchased tickets. We received a free glass of port at a local winery right around the corner. We were excited because believe it or not, even though we were in Porto we did not have any port wine yet! We walked over to the winery and received our glass. To me the port tasted like honey. It was a deep ruby color and smelled like raspberry’s and cinnamon. It definitely makes for a dessert wine. We enjoyed the museum and seeing the long lengths of cork with punched out circles. To walk through and learn the history of port wine and how Portuguese fortified how wine is produced exclusively in the Douro Valley region in the northern provinces was amazing. The rich history that makes the distilled grapes special to its region and to Portugal.

The gondola slowly made its way to let us on. As we were swept up and smiled for a photo we were off to see the city from a higher view. Rain was cascading down the windows, as we peered out to see all around us it was breathtaking. We had such a wonderful view of the city with the buildings climbing up the hillside and the stainless steel bridge, bridging the two sides together. As I sat in the gondola with Kevin across from me, I took in a moment where I knew there would be no one else I wanted more to be with than the person sitting on the other side from me. We enjoyed the ride and as we arrived to the top we sneaked in a few kisses and got off at the top of the mountain. We walked back across the bridge at the highest point. As we walked along and through the city, we took in the architecture of the buildings, the colors that made it unique and the special charm of the city that made Porto a special place to visit. Once it was getting a little darker, we decided to head back to our apartment to relax and enjoy a glass of wine before we headed to dinner.

My favorite part of vacations is exploring unfamiliar territories. I adventure to a new place and go somewhere where the food, culture and language is unfamiliar. As I adventure around I become adjusted to the layout of the city, the food and culture around me and start feeling as though I belong. However, on the opposite spectrum I  absolutely love when I take a few hours to unwind and soak in the moments in the city. I kicked my feet up that had walked miles on end and relaxed reminiscing the moments of the day with the person I have been doing it with. We laid on the couch for a few hours with a bottle of wine under our belts and decided it was about time to move forward to dinner as our stomachs started to grumble. We stood up with a large stretch and moved forward to the tasty night ahead.

Earlier was a bust with our lunch so we made sure dinner was going to be spectacular. Kevin did his searching online and felt strongly about a restaurant he had found. I was all in, as he was reading the menu my mouth was wondering. We were excited to set out for the night. I put on a gorgeous dress, threw my hair in a ballerina bun, put on makeup and I was ready for a dinner date. As Kevin weaved me through the Portuguese streets to our destination I was thrilled and more importantly hungry! We walked into the front door of restaurant, A Despensa, and I knew we were right where we needed to be. We were guided to our seats and sat down. Kevin purchased a bottle of red wine and a cheese and meat board. They decanted the bottle of wine and sat it by our table side. As we were cheering to each other our board of meats and cheeses came out. My eyes grew so wide because what lied in front of us was the most elaborate display of meats and cheeses. The cheeses had six types lined up from creamy and lite to strong and sharp. There were two types of jams, apricot and blueberry. The meats were similar, young and lite in flavor to aged and rich in flavor. We sank our teeth into the display. Adding a little soft stinky cheese on a baguette with blueberry jam and speck.  To dipping a piece of sharp aged cheddar into the apricot jam and adding salami. The options varied and so did the delightful flavors, all blending so well with each other. I could be happy with that appetizer for the rest of my life. Once we finished the last couple of bites, or what was left to be eaten, we sat back and went to enjoying our red wine. The plates cleared and we were enjoying the music and company around us. The restaurant was intimate and we didn’t feel lost in a large space. It was more confined and the servers were keen to our attention. As we enjoyed our time our entree came out which we were to split. It was the most beautiful and delicious raviolis I have ever had. They were spinach and goat cheese stuffed raviolis, with a carbonara sauce with peas and prosciutto topped off with greens. It was everything and more than I could ask for. This was our last dinner in Porto, and we could gladly leave knowing we had back to back two of the most delicious dinners of our trip.

As we said our thank you and goodbyes, we went for a stroll through the streets. No real direction. As we strolled, we came across an ice skating rink. I was completely roped in and all I had to do was convince Kevin to join me. It took a brief second to get him on board but he agreed to join along. As we strapped up our boots and I took a wobbly step out on the ice, I felt my blades against the ice and I was off. I skated along becoming acquainted again looking around for any one who may knock me off my feet.  I looked at Kevin and I was completely surprised with how flawless he was ice skating. He was a complete natural! Five minutes earlier I was worried I would have to carry him home to the sudden switch to I wonder if we could try out the Dirty Dancing jump. He was so much fun to skate along with. We were circling around each other and having so much fun. It was a magical end to our evening and one that left us feeling like we did Porto right. Taking off our boots we decided to call it a night and head back to our apartment. We settled in for the night and looked forward to our early morning train to take us to our last day in Portugal. 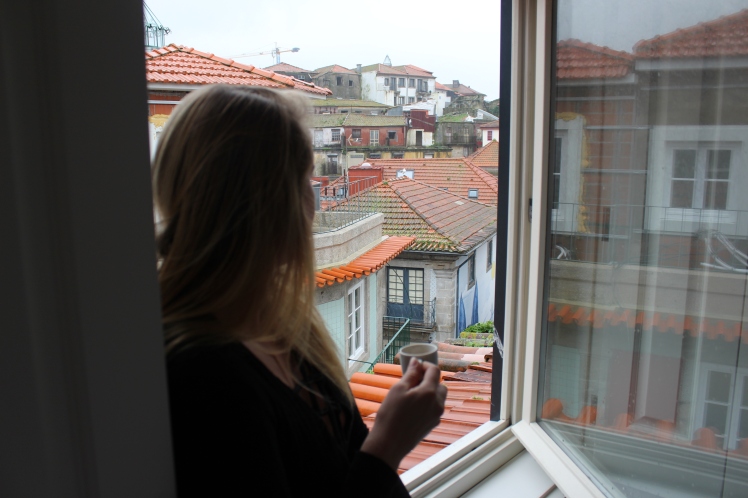 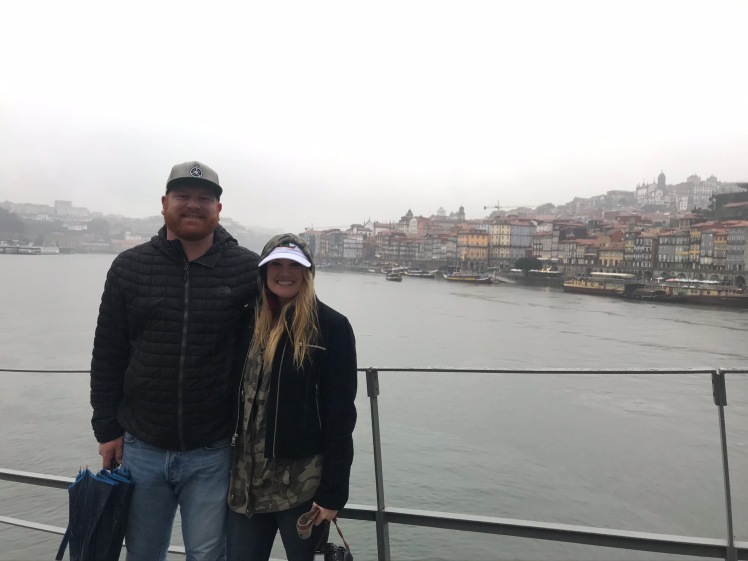 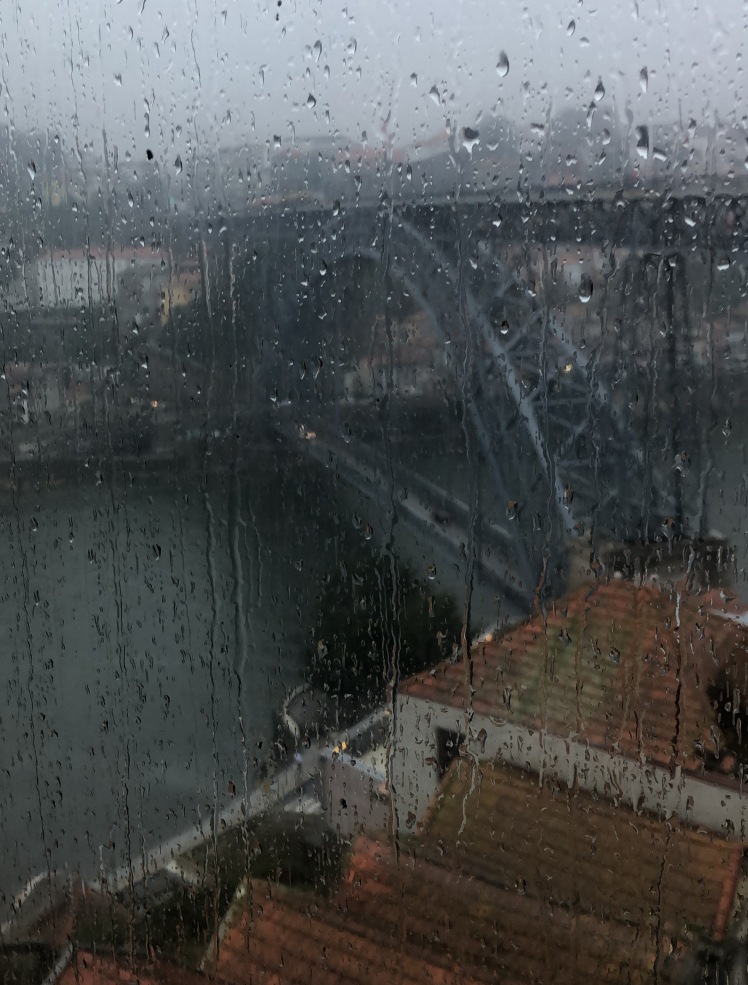 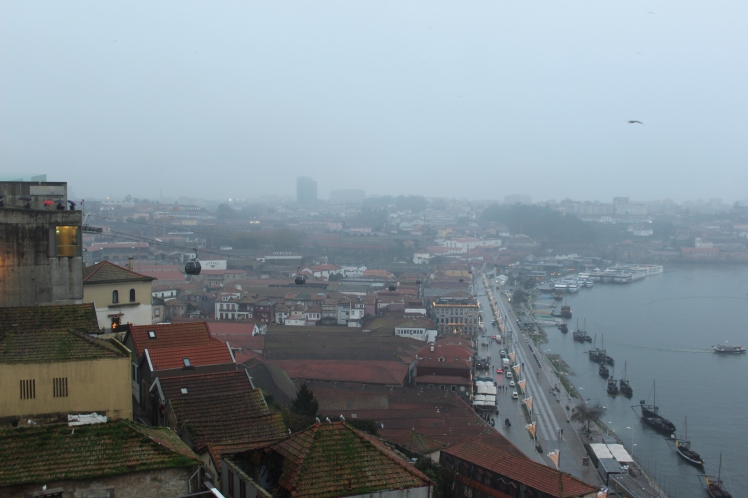 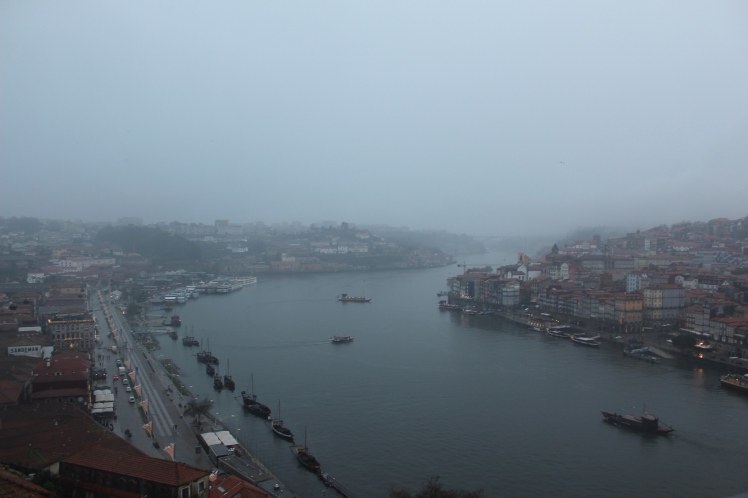 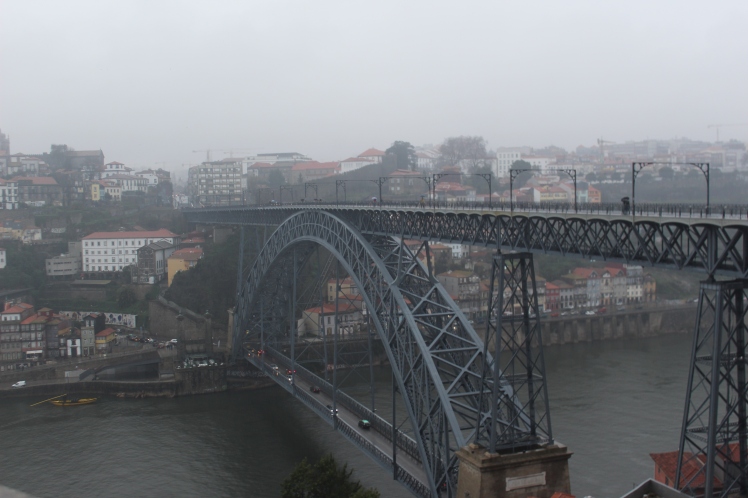 3 thoughts on “Porto from a View”