It had been a long and anticipated trip to Portugal before the holidays this year. I had a long summer that felt as though it was never ending as a real estate agent and primarily serving at a fine dining establishment called Oran Mor Bistro. It is a seasonal job starting sometime in May then riding all the way to December 8th which I ended up working 5-7 nights a week. By December 9th my boyfriend Kevin and I were headed off Nantucket and to our adventure together. I was ABSOLUTELY READY to decompress!

We had a long ways to go to get to our final destination. Our travel itinerary we took the Nantucket ferry over to Hyannis starting at 6:30am, drove up to Boston, Ubered to the airport, flew United Airlines to Newark, NJ then departed to Lisbon by 9pm. The Boston flight to Newark was quick and in between we were able to relax in a lounge and start unwinding by sipping on some wine. We made two friends at the lounge and one of them told us of a game that was happening the evening we arrived. It sounded exciting and planned on looking more into it as we arrived. As we stepped on the flight to Lisbon Kevin had upgraded our seats. We sat first row of premium economy on the airline. Where we sat on the flight was as if we were in first class. I could not be more overjoyed to be able to kick back and relax. Once they served us dinner, I turned on the live version of Lion King and soon after went into a light slumber until we arrived in Portugal.

Looking down from the sky on the airplane towards Portugal it was magical to see the hills and cascading fog that surrounded the landscape. I could not be more excited to descend and explore our first day in Portugal. We got an Uber which was a gorgeous Tesla and headed to the InterContinental Hotel to check in. It was an extravagant place with beautiful rooms overlooking the city below. We were upgraded to a suite which provided more room and enjoyment to the stay. There were people arriving as well with blue jumpsuits. Looking at them puzzling wondering why they were dressed in such outfits our bellman then asked us if were were to attend the futbol game as well. Putting two and two together we figured that was the soccer game our new friend was referring to at the airport lounge and in response we replied “we actually might as well go to the game!” We placed our things down and headed to get breakfast. There was a spread of all types of Portuguese foods for breakfast ranging from quiches, eggs and sausages, fruits, yogurts, granola, and ample amount of pastries and breads. We had our fair share and once we were done eating we decided from the long flight to lie down for a few hours.

Once we were well rested, we decided to adventure out and start walking. As we could see the ocean from our bedroom window we had decided that would be a great direction to walk in. We had no real plans and just headed to where our feet brought us. As we made our way we were wide-eyed, seeing all the tile lied in with the walk ways with such articulate design, the architecture of the buildings with splendid tiles along the sides giving character to the city, the vendors on the street and the true beauty of the city. We stopped at a cute pop up market where we ate traditional spinach and meat pastries and sharing hot port wine. We also passed by a small flowing river, a tram ascending steep hills, beautiful arches and large monuments, all leading us to the Tagus River which flowed along Lisbon. And what do you know, it was just in time to see the sunset. As we sat on the edge with music playing around us and others gathering to watch the setting of the day at the waters edge, that is when I knew I was exactly where I needed to be. In that moment it felt as though it was a fairytale, just glimpsing the moments of the day to think two days ago at 6:30am we had started our adventure to get to this very spot.

Once we watched the last moments of the sun shed its light on the horizon and the seagulls flirting around us, our stomachs started to growl. In pursuit of food we stopped and got our first ginja shot. It was a shot of cherry liquor within a chocolate cup. You drink the shot and then eat the shell. It was absolutely delicious! We enjoyed that little moment and continued our walk along the streets by the water. We then stumbled upon Time Out Market. As we walked in we were overwhelmed by the wonderful options. We did two laps before we could choose a place to eat and once we did, I was in heaven. We choose Alexandre Silva. I got a cheese plate with select jams and tuna tartar with sweet potatoes. While Kevin got the confit pork belly with pea puree. We cheered to our first night in Lisbon and finishing this year with a bang!

As we took our last sips of wine we went back to the hotel. We both were thrilled, we had decided to go to the soccer game Benfica vs Zenit. It was to be a very competitive game, as it was the elimination round for the Champions League and Europa League. As we arrived at the stadium and were getting our tickets we met a gentlemen in line who was visiting family in Portugal from the Boston area. It was fun talking to him and also learning different things to go see while we spent our time in Lisbon. Once we moved on, we went to get a couple beers before the game started. I got a scarf to fit right in and damn, I have to say I felt as though I did! Excited to get inside the stadium, we finished up the two beers and went around the stadium to find our seats. We could hear the stadium come alive and the chants had started. It was amazing how much from even outside that the whole place shook with excitement. As we sat in our seats, I was overwhelmed with excitement! The game was a thrilling one as the time ticked down with kicks across the field, slide tackles and competitive switching across the field. The whole stadium was alive with ohhhhhs and ahhhhhs, chants and cheers. We fit right in with standing up at shocking moments and clapping with good plays. Benfica, which was the home team, naturally we were rooting them on won and 3-0.

“Midfielder Franco Cervi opened the scoring from close range in the 47th minute after a low cross by Pizzi Fernandes, who added to the lead by converting a 58th-minute penalty kick following a handball by Douglas Santos. The Brazilian defender was sent off with a second yellow card because of the foul. Benfica’s third was an own-goal by Sardar Azmoun in the 79th. The forward flicked the ball into his own net while trying to clear a cross inside the area.” – Omaha World Herald

Such a wonderful victory!

As the rows shuffled out and we followed the flow outside the stadium, I was amazed with the energy still around. It was definitely one way to complete the first evening in Lisbon. Once we got back to the hotel, we settled into the hotels bar and got a drink with some pizza. Then called it a night and looked forward with sleepy thoughts of tomorrow. 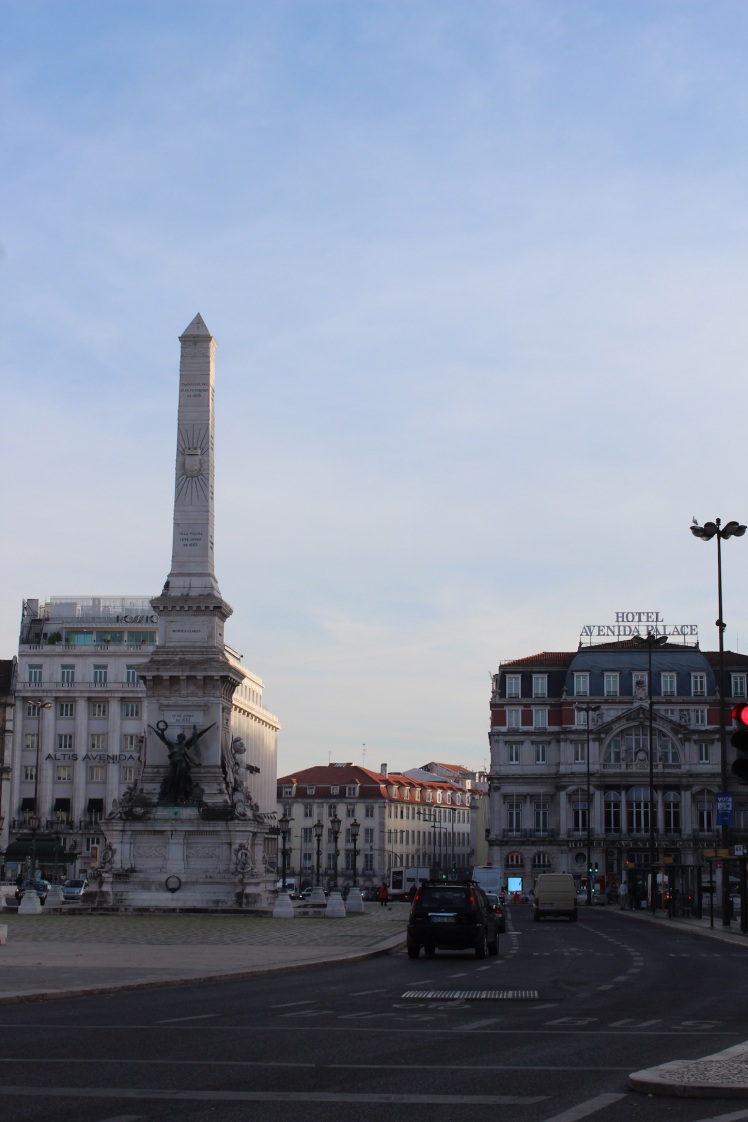 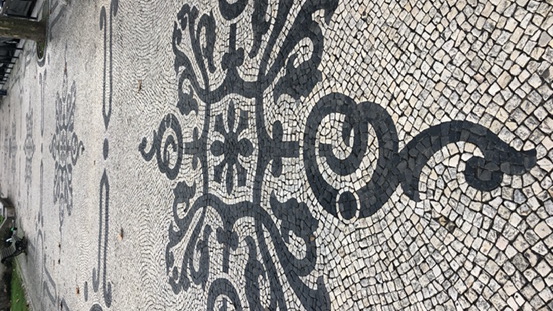 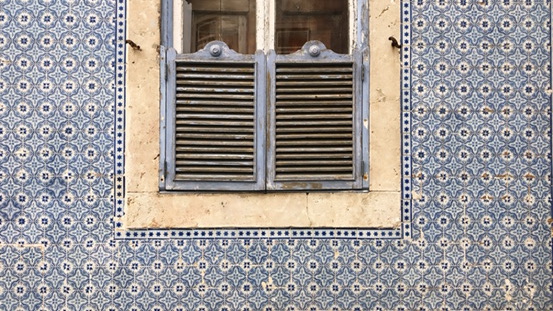 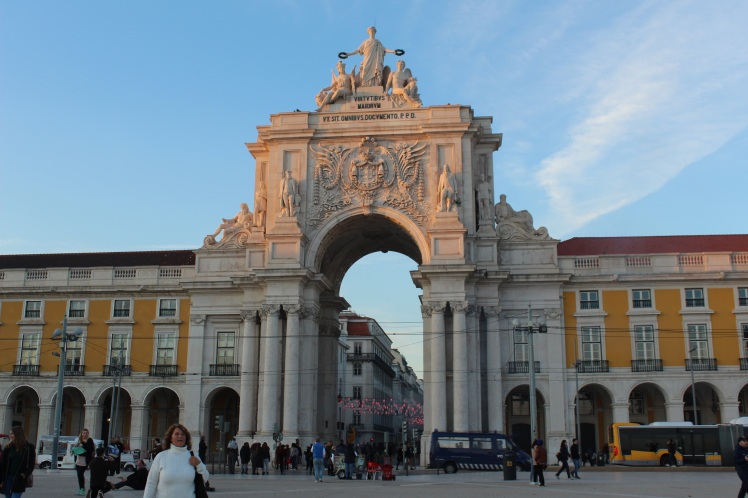 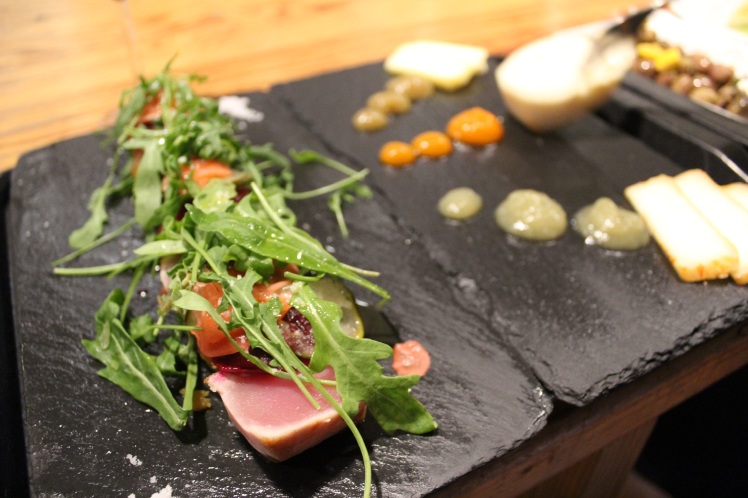 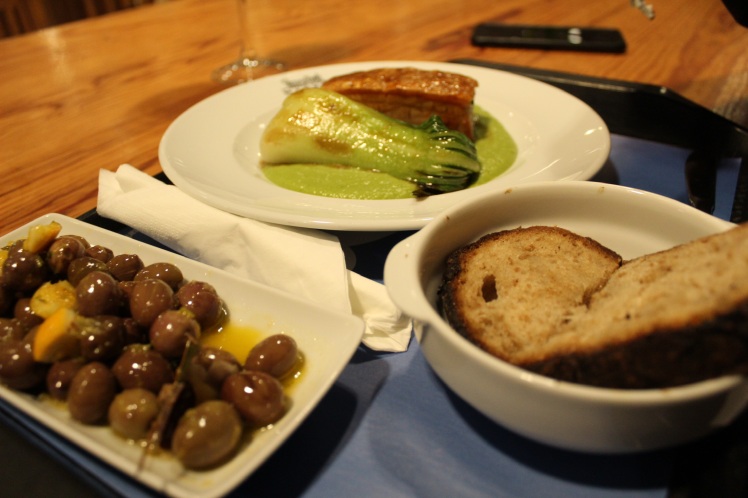 One thought on “Benfica of Traveling to Portugal”